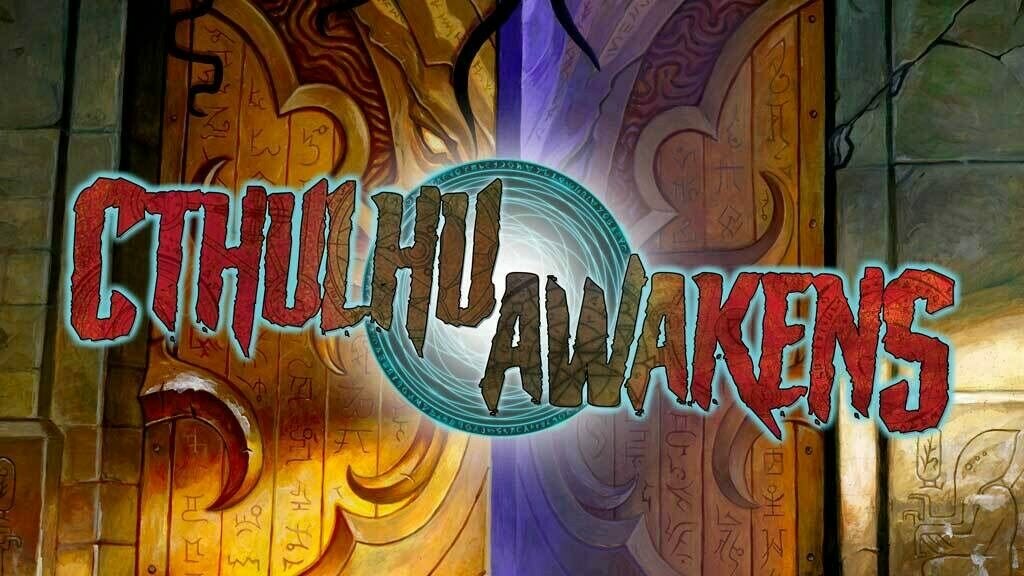 How and Why Does Cthulhu Awakens Deal with Lovecraft Being a Racist?

H.P. Lovecraft was a white supremacist whose racism was notable even in his time, as attested to by letters from his own friends. Our position is that anything in Mythos sources that reinforce these elements are lies or errors as far as the setting of Cthulhu Awakens is concerned. Standing against that kind of discrimination is morally obligatory, and it leads to more interesting possibilities than treating Lovecraft’s work as “canon.” In general communication we’ve had to emphasize this both because of Lovecraft’s notorious reputation and to ward off various people with terrible opinions, not to congratulate ourselves for not following the example set by a long-dead racist. Cthulhu Awakens isn’t a purist game and was designed from the basic position that as important to the Mythos as he was, it doesn’t belong to him anymore. He’s dead. It belongs to all of us now.

What is the AGE System?

Originally designed for the licensed Dragon Age roleplaying game, AGE is short for the Adventure Game Engine. All AGE games use standard six-sided dice (d6es) for everything. One die—called the Stunt Die or Drama Die in various AGE games—is visually distinctive. To do something, roll 3d6 + bonuses to meet or beat a target number. If any of the two dice match, the number on the distinctive die becomes stunt points that can be spent on special effects ranging from a cutting remark to a powerful blow in combat. For a more detailed overview of the Adventure Game Engine, follow this link. https://cthulhuawakensrpg.com/what-is-age-the-adventure-game-engine/

What AGE Games are Cthulhu Awakens Compatible With?

The other AGE games Green Ronin currently have in print are Dragon Age, Fantasy AGE, Modern AGE, the licensed roleplaying game for The Expanse, and Blue Rose. Fantasy AGE and Modern AGE have optional settings, while the others have specific ones. Cthulhu Awakens is at least partly compatible with elements of all these games, particularly Modern AGE, as the game began life as a supplement for that line. Many elements can be introduced with no changes at all. This is why some Modern AGE offerings will be included in the Kickstarter. However, Cthulhu Awakens does do a few things differently, and has a substantial number of original systems—and some of them work well with Modern AGE, too.

What Level of Realism or Modern AGE “Mode” Does Cthulhu Awakens Use?

Folks who know Modern AGE know the game has three “Modes,” or preset rules options, based on the degree of “realism” groups want to use in their games. Cthulhu Awakens’ pre-set Mode is a combination of Modern AGE’s Gritty and Pulpy, in that your character’s Health doesn’t go up over time, but sometimes, you can grit your teeth and bear getting stabbed—but not shot. Cthulhu Awakens also includes an option for more heroic characters called Fortune that makes protagonists tougher and luckier. Fortune was originally designed for The Expanse RPG but works well for more action-focused Cthulhu Awakens campaigns.

No—well, there’s Alienation, and eldritch workings (oh, and separate psychic powers too). They’re not quite the same as what you might expect.

Early in design and development we decided that not only was delineating the relationship between the sort of “literary madness” seen in the stories and mental illness not a great idea for Cthulhu Awakens, but that we also wanted to reexamine what it means exactly when exposure to the Mythos alters consciousness. Alienation is about adapting to the alien rules of the Mythos. Since these are incompatible with ordinary human thinking, which takes place in three dimensions plus time and interacts with a fraction of the universe—the reflexive dream of Azathoth, say some—Alienation produces undesirable effects, but it also leads to bursts of inspiration. With Enlightenment comes Terror.

Eldritch workings are neither science nor sorcery—and both. Workings can be learned, but they’re not things you just put on a character sheet. Given the right text to work from and the ability to understand it, anyone can cast an eldritch working without using up any spaces for other powers and abilities. These are mighty, reality-twisting procedures that require specific components and methods, but they offer everything from immortality to the ability to create spacecraft—or call beings who should not be called.

Is This a Stand-Alone Game?

Yes, absolutely. This is a complete game that requires no other books to play.

Cthulhu Awakens expands upon elements of the Cthulhu Mythos found in the public domain and uses Green Ronin’s own AGE System, so there was no need to license anything.

Aren’t There Already a Bunch of Mythos Games Out There?

There are! And lots of them are fantastic. Some of them emphasize investigation. Others are essentially a tribute to the works of Lovecraft’s circle, the era they take place in, and their approach to the Weird Tale, and many bake a cycle of discovery, horror, and loss into the mechanics, essentially framing the basic story ahead of time. Cthulhu Awakens takes a more open-ended approach; we provide deep support for the Weird Century period, but ultimately encourage you to tell whatever stories you wish. Plus of course, we wanted to express our own fandom and run our own games using the AGE System, which we rather like.

How Finished Is It? When’s It Coming Out?

As of this time of writing, Cthulhu Awakens’ core book has been through final drafts and three rounds of development, and has now moved into editing. The game will release by January 2023.

Why Are You Using Kickstarter?

So, with all of the controversy over Kickstarter’s interest in the blockchain, why continue to work with them? The question is a reasonable one, and in ordinary circumstances we’d love to explore other options and find sources for crowdfunding that are more mindful of environmental impact.

The past couple of years are not ordinary circumstances. The truth of the matter is we don’t have that kind of luxury right now. Kickstarter’s market share is such that, if we want this game to reach the widest possible audience and do as well as it can, there aren’t any suitable alternatives—at least, not yet—for this particular project. We’re focused on doing the best we can with the tools we have, while we explore all possible options for connecting our community of players with our games. In any event, Cthulhu Awakens will be up for general sale after we conclude the Kickstarter. For starters, you’ll be able to back the campaign as a late pledge on BackerKit. The finished print book will be available from our online store, game stores, and bookstores, and you’ll be able to get the PDF from our online store and DriveThruRPG. You will have options, in other words, if you don’t want to use Kickstarter.

BackerKit is a service that crowdfunded project creators use to keep track of hundreds to tens of thousands of backers—from shipping details, pledge levels, preferences and quantities, whether they have paid or had their card declined, special notes, and everything in between!

The BackerKit software and support team is independent from the campaign’s project team—BackerKit does not handle the actual reward shipping. For more information about the preparation or delivery status of your rewards, please check the project's updates page.

How does BackerKit work?

After the campaign ends, the project creator will send you an email with a unique link to your survey. You can check out a walkthrough of the process here.

I never received my invitation. How do I complete the survey?

The most common reasons for not receiving a survey email is that you may be checking an email inbox different from the email address you used to sign up with Kickstarter, Indiegogo or Tilt Pro account, or it may be caught in your spam filter.

Confirm that the email address you are searching matches the email address tied to your Kickstarter, Indiegogo, or Tilt Pro account. If that doesn’t work, then try checking your spam, junk or promotions folders. You can also search for "backerkit” in your inbox.

To resend the survey to yourself, visit the project page and input the email address associated with your Kickstarter, Indiegogo or Tilt Pro account.

How do I update my shipping address?

When will my order be shipped, charged or locked?

That is handled directly by the project creator. BackerKit functions independently of the project itself, so we do not have control of their physical shipping timeline. If you want to check on the project’s status, we recommend reading over the project's updates page.

I completed the survey, but haven't received my rewards yet. When will they arrive?

As BackerKit does not actually handle any rewards or shipping, the best way to stay updated on the shipping timeline would be to check out the project's updates page.